Do Not Underestimate How Powerful The Mind-Body Connection Really Is

There are no available keywords for this post/page! 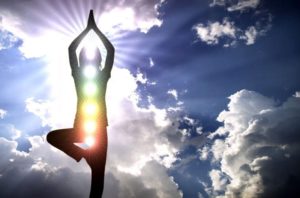 A wealth of scientific data is showing how powerful the mind-body connection really is. It shows that a connection of our thoughts with the physical world around us can influence the other and even more evidence proving that certain emotional states can lead to chronic illnesses, mainstream medicine remains ignorant of these concepts.

Perhaps this explains why more and more people are gravitating towards alternative forms of medicine.

From the publication Collective Evolution:

“A growing body of scientific research suggests that our mind can play an important role in healing our body — or in staying healthy in the first place. . . There are now several lines of research suggesting that our mental perception of the world constantly informs and guides our immune system in a way that makes us better able to respond to future threats. That was a sort of ‘aha’ moment for me — where the idea of an entwined mind and body suddenly made more scientific sense than an ephemeral consciousness that’s somehow separated from our physical selves.”  ~ Garth Cook from  Scientific American.

When it comes to learning about the mind-body connection and its relationship to our health, it can be difficult to choose a starting place amongst the vast and growing body of research; one of the best places to start, however, is the placebo effect, which demonstrates that the mind can create physiological changes in the body. Neuroscientist Fabrizio Benedetti explains:

“There isn’t just one placebo effect, but many. Placebo painkillers can trigger the release of natural pain-relieving chemicals called endorphins. Patients with Parkinson’s disease respond to placebos with a flood of dopamine. Fake oxygen, given to someone at altitude, has been shown to cut levels of neurotransmitters called prostaglandins (which dilate blood vessels, among other things, and are responsible for many of the symptoms of altitude sickness.”

The placebo effect is so wondrous because it unlocks the power of the mind; the biological changes observed in the body after administration of a placebo are not triggered by the placebo itself, but rather by our mind, by our perception, by our psychological response to these fake treatments.

Despite intriguing results, research into the placebo effect has been limited. So far, only a few model systems have been investigated, like pain, depression, and Parkinson’s, but there is much more to be learned. One thing, however, does remain clear, and that is that we can change our biology simply by changing what we believe to be true.

There are even studies indicating that the mind plays a role in both cancer growth and recovery. In animal studies, for example, stress hormones make a range of cancers spread faster, and patient trials suggest that stress management interventions reduce inflammation. (source)

Researchers all over the world have found that placebo treatments can stimulate real biological and physiological responses — everything from changes in heart rate to blood pressure and even chemical activity in the brain. It has been effective with a number of different ailments, from arthritis and Parkinson’s to depression, fatigue, anxiety, and more.

Remote Helping: Last but not least, they study the influence of A’s intention on B’s attention or behavior, which is referred to as “remote helping.”

These studies have yielded remarkable results which have since been successfully repeated in laboratories around the world. They actually hint at the possibility that another person’s mental attention could possibly have some sort of physiological effect on someone else.

Here is an interesting video that talks about negative thoughts and their effects.

If you are prone to negative thinking, do not underestimate how powerful the mind-body connection really is! Instead, learn to reframe your thoughts and be amazed by the ripple effect it creates.  A wonderful tool to do just that is the meaning to pause® bracelet. For more information about the bracelet, please click here.

2017-11-16
Previous Post: If Thoughts Can Do This To An Apple, Imagine What They Can Do To Your Body?
Next Post: How to Handle Stress During the Holidays 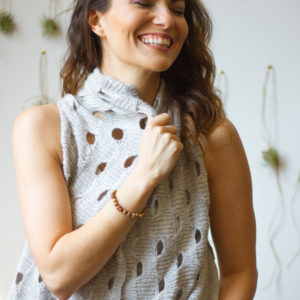 Learn More About the Bracelets